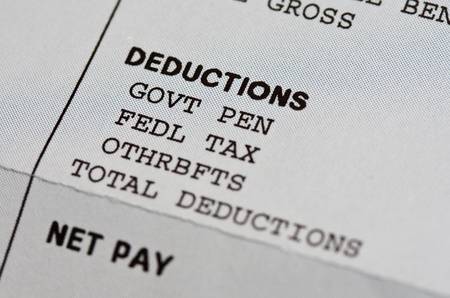 No more deductions for non-compliant payments

The government recently released exposure draft legislation that removes the ability of taxpayers to deduct certain payments – including payment of wages and payments to contractors – if the entity making the payment fails to comply with its obligations to withhold and report information to the ATO.

The explanatory memorandum (EM) to the draft legislation explains that the amendment is intended to create a financial disincentive to businesses making payments to those operating in the black economy by disallowing deductions that would normally be available. “The disincentive created by denying the deduction will complement existing penalties for failures to withhold amounts under the PAYG system.”

A deduction is also denied in relation to a non-cash benefit provided in lieu of a cash payment.

The deduction available to Super Express Deliveries for its previous payments to bicycle couriers is not affected by its failure to withhold.

Under the second exemption, a deduction that would otherwise be denied is restored if the taxpayer voluntarily notifies the Commissioner of their mistake before the Commissioner commences an audit or other compliance activity.

Example 2: Caleb carries on a business as a mechanic. Caleb does not have any employees until he hires an apprentice, Bianca, in May 2020. Caleb is not aware that he must withhold an amount from Bianca’s wages and pay it to the Commissioner.

Caleb visits his accountant in September 2020 to prepare his 2019-20 income tax return. He mentions his expenditure to pay Bianca’s wages. Caleb’s accountant advises Caleb he should have been withholding from the wage payments.

Caleb notifies the Commissioner of his mistake and enters into an arrangement to pay the Commissioner the penalties associated with his failure to withhold. However he is entitled to claim the deduction for the cost of Bianca’s wages in his 2019-20 income tax return.