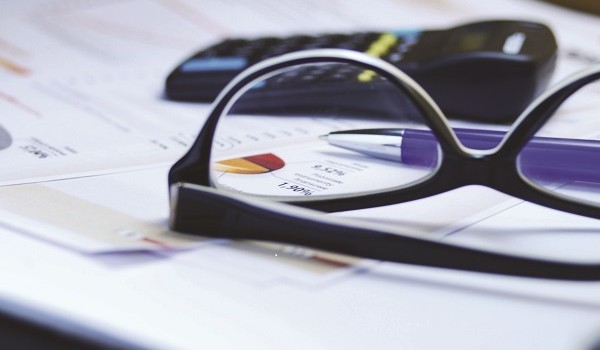 Managing tax disputes can be like wrestling with a superhero

It is sometimes said that a superhero like the DC Comics character Superman can be an uninteresting character because he is, for all practical purposes, indestructible. Critics have said the knowledge that he will most likely win can make Superman’s adventures monotonous.

A similar accusation could be levelled at the Federal Commissioner of Taxation (the flesh and bone personification of the ATO). To most people, including a hefty majority of small and medium businesses, the Commissioner appears to be immune from defeat. He has extraordinary powers – he can require a taxpayer to produce almost any documents even if he doesn’t know whether the taxpayer has done anything wrong; his assessments (or amended assessments) are generally valid even if he doesn’t follow the requirements of the taxation legislation; and, perhaps most worryingly to taxpayers, he can often (but not always) enforce those assessments and recover tax debts even if that tax is subject to a dispute.

But despite all his powers, our real-life superhero (or supervillain, depending on where you stand) can sometimes be successfully opposed, if not entirely defeated. But to do this you must move quickly, know the rules of engagement and have a clear vision of the outcome.

Starting the process: Speed is key

Except in the extremely rare scenario where an amended assessment is invalid, the only way to challenge a taxation decision is to commence so-called “Part IVC proceedings” (which is the part of the tax act that permits a taxpayer dissatisfied with an ATO decision to have that decision reviewed).

To do this, it is necessary to lodge an objection in the approved form and within the relevant time period (generally either two or four years for an amended assessment). This may seem a trite observation, but it is crucial that these formal requirements are met. If they are not, you may be left with no recourse against the ATO, regardless of the facts of the matter.

Even though you may, in theory, have up to four years to challenge a decision, in practice the time to act may be much shorter. Unless you are willing and able to pay the disputed tax before the issue is resolved (and not many people are willing to do that) you may find that the ATO can begin to insist upon payment even while you are contemplating an objection.

It is important to remember one of the ATO’s most specific “superpowers” — a notice of assessment, including an amended assessment, is conclusive of the correctness of the amount shown on it. In other words, the Commissioner could sue for the amount of disputed tax at any time after it becomes due (generally 21 days after the date of the amended assessment) and the fact that you intend to dispute the assessment would be no defence to the action.

In practice, the Commissioner will usually give the taxpayer a reasonable amount of time to consider their position and (if appropriate) lodge an objection before commencing recovery action. But once recovery action has commenced, it gathers a momentum that can be difficult to stop. Unless an objection is lodged in a timely manner, you will soon find yourself dealing with debt recovery officers who have no interest in hearing about upcoming objections. So if you intend to object, or even if you just intend to get advice on whether to do so, act as quickly as you can and keep the ATO informed of your intentions.

Balancing the need to act quickly is the necessity of properly considering what is really an issue. This is because the notice of objection and materials that support it must properly deal with the matter in dispute. There are essentially two kinds of disputes relating to taxation decisions — factual disputes, and disputes regarding a point of law.

The first kind is a factual dispute. This may arise where an auditor or other ATO officer simply does not accept your version of events. Often people can get indignant about the resulting amended assessment and will want it rectified as a matter of principle. But, before blindly charging into an objection, consider whether there is any further evidence that can be produced to support your position.

Are there any further documents that could prove your case? Are there any independent witnesses that could provide evidence on the matter? Could the existing materials be better explained or presented? If not, you may find that the decision maker to the objection comes to the same conclusion as the original decision maker (a different tax officer to the original one is generally appointed to preside over objections).

Disputes regarding points of law

The second kind of dispute is where the facts are agreed, but there is a dispute as to the application of the relevant law. These sorts of disputes can be less emotive but are often harder to have successfully changed on objection. This is because the objection decision maker will be bound by the ATO’s position on the application of the law, as stated in its public rulings. Objection decision makers may also be influenced by so-called “non-binding decisions” that the ATO may have issued, such as “interpretative decisions”.

If you are involved in this kind of dispute and wish to have any chance of succeeding at the initial objection stage (as opposed to, say, a subsequent review by the Administrative Appeals Tribunal (AAT)) you will need to demonstrate that the outcome you are looking for does not deviate from the ATO’s publicly stated views.

If you can’t distinguish your position from the Commissioner’s public rulings, then in practice it may be necessary to accept that the initial objection decision by the ATO will be unfavourable to your preferred outcome. In such a case you should only object if you are willing to follow up with an application to the AAT for a review of the objection decision or an appeal to the Federal Court.

If you have been unsuccessful in your objection, all is not lost. An application to the AAT for review of the objection decision is open to you, whether the dispute is factual or regarding a question of law. Such an application may be particularly appropriate if there are large amounts of penalties involved, even where the principal amount of tax is not in dispute. The AAT can sometimes be more reasonable in deciding the appropriate level of penalty or in exercising the discretion to remit penalties.

If there is a question of law at stake, an appeal to the Federal Court is also possible, however, it is outside the scope of this brief article to cover the litigation process itself. However, a quick word of caution is warranted — litigation tends to highlight the Commissioner’s “superpowers”.

First, the burden of proof is shifted; it will be up to you to prove the ATO’s assessment is excessive. In practice, this means that if facts are in dispute you will rarely be able to rely on bare assertions. Documentary evidence is strongly preferable.

Further, compared to almost every ordinary taxpayer, the Commissioner has practically infinite resources. He is also required to administer the tax law according to its terms. This means that the ATO cannot, and will not, simply compromise on an arbitrary figure for the sake of saving further legal costs.

But this does not mean the Commissioner cannot compromise at all. Like every government agency, the ATO is very aware that litigation costs money that can sometimes be put to better use elsewhere. If you can demonstrate that there is a real risk to the ATO that it will lose on a particular issue, it may be willing to compromise by amending assessments in relation to that particular issue if, for example, you agree to withdraw your application in relation to other issues. There may also be some scope to compromise by reducing penalties or remitting interest in appropriate circumstances.

Do the good guys ever win?

Many taxpayers and many of us tax practitioners agree that the Commissioner is, in fact, “overpowered”. But successive governments have chosen to accept, and often further entrench, this situation. Debating its merits is no more useful than entering into a twitter argument over whether the Incredible Hulk could defeat Superman. The best we can do is to keep what small amount of kryptonite we can get and use it very strategically once in a while.